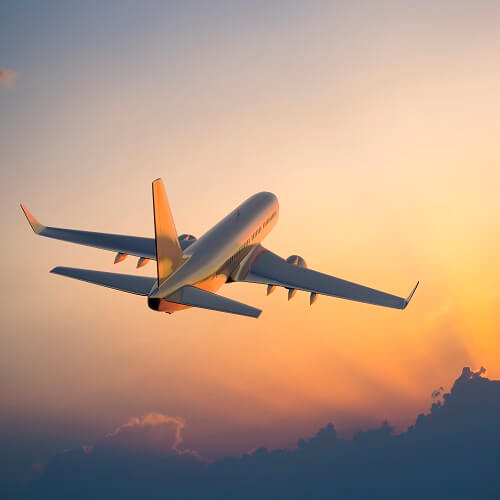 Are you considering exhibiting at or attending the National Business Aviation Association Show (NBAA BACE 2017) in October?   This show has been named one of the fastest 50 growing shows by net square feet of Exhibit Space. TSNN ranked it as the 4th largest show in the US in 2016 as based on square footage. But there is more to this show than size. This show has been around since 1947 and has grown to be the world’s largest business aviation event. The 27,000 attendees include business aviation professionals such as executives, operators, auditors, flight personnel, educators, who are influencers and buyers in the industry.

NBAA BACE is organized by the National Business Aviation Association, who in addition to trying to promote the value of Business Aviation, strives to support training and the growth of this industry. In fact, if you are a student orjob seeker interested in the industry there are a number of resources available to help you via this association including on-demand courses, networking opportunities, and even scholarships.

If you are curious about what is trending at a show of this caliber, read on.

You can exhibit in an exhibit hall, an indoor static display featuring airplanes and mockups, or even outdoors at the Henderson Executive Airport where there is room for over 100 airplanes or a combination of all three locations.   There is also tent space available within the static display areas. 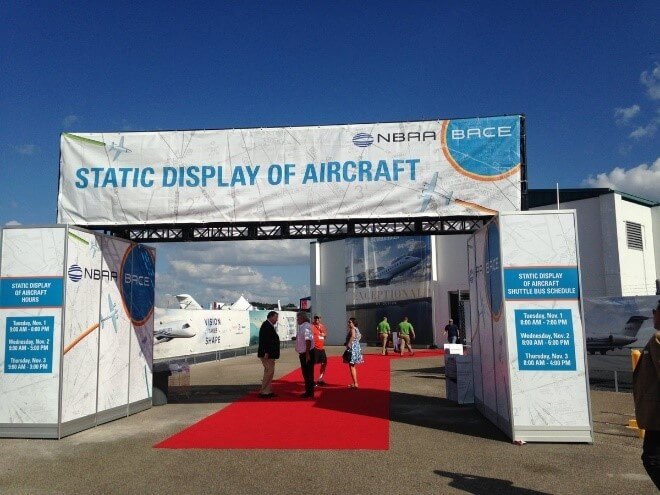 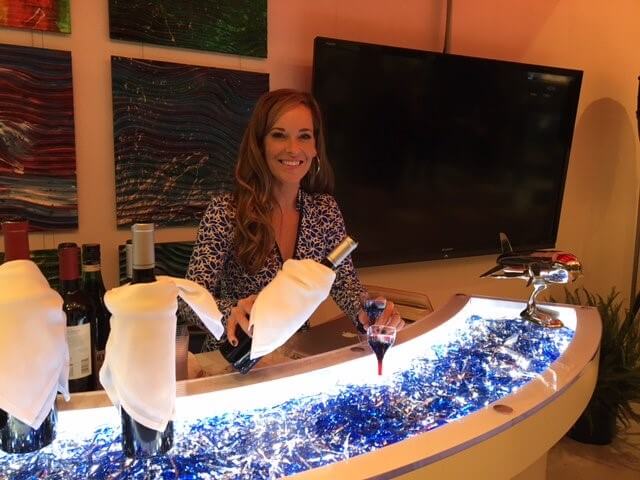 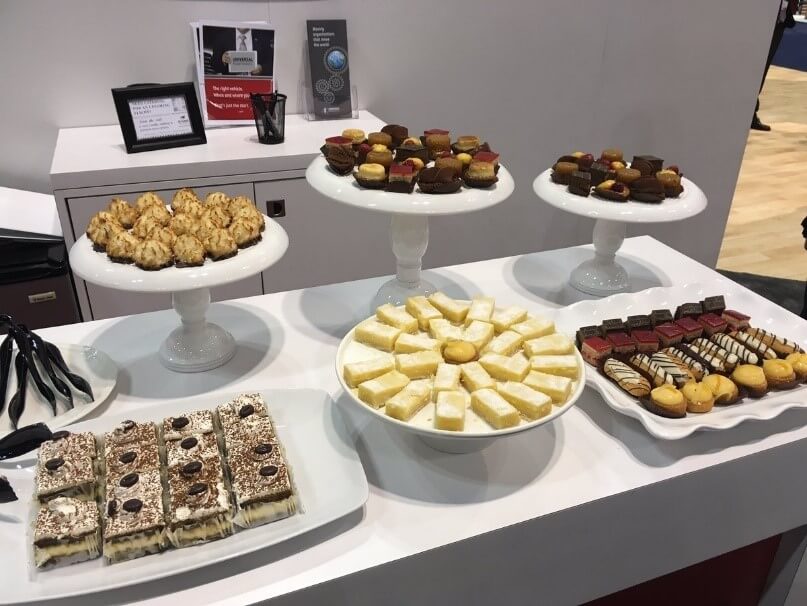 Check out another hospitality example from Air Culinaire

WHAT CAN YOU DO TO STAND OUT

Trying to compete on height or use of AV will be difficult amongst this crowd, so you must be creative.  That said if you are on an island or want to compete in the top tier of exhibits, rigging is almost necessary and you need to be prepared for the associated costs, which can be substantial. 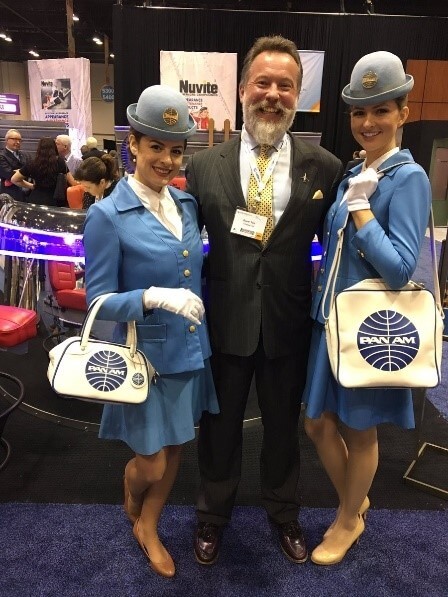 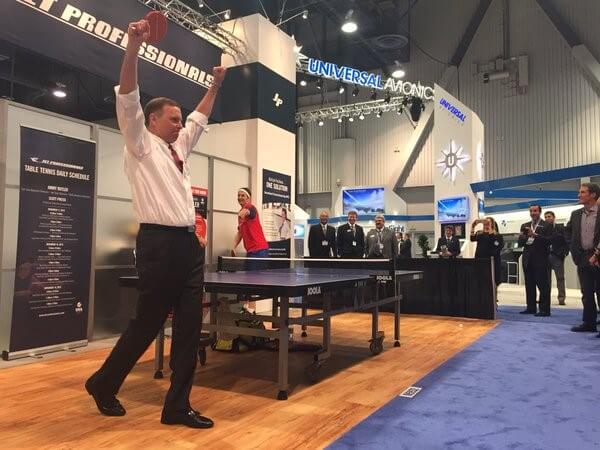 RULES TO BE AWARE OF IF YOU PLAN TO EXHIBIT

Check out the show book before you make any plans.  The exhibiting sales brochure only gives you a brief overview.  However below are some interesting tips to know. 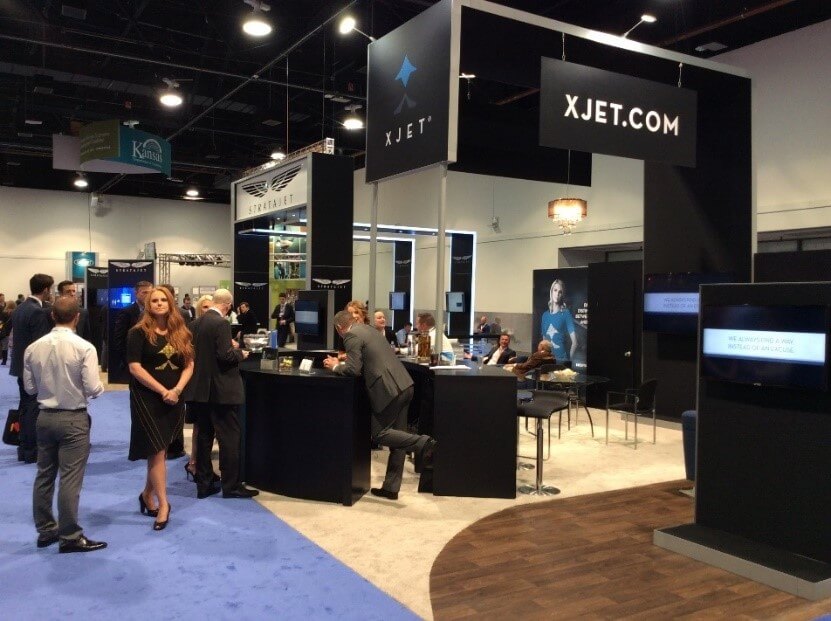 In 2015, Skyline client XJET maximized their budget for their 30’x30’ island space by utilizing custom rental.   This was their 1st time exhibiting at NBAA EBACE and they wanted to make a splash.  By using a custom rental solution, they had more budget available to add the high-end finishes and other touches that helped position them properly with their target audience. 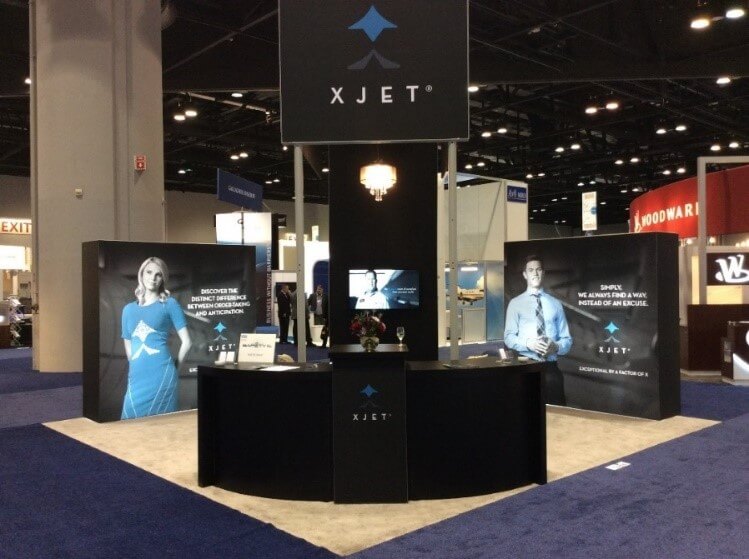 In 2016 they shifted to a 20’ x 20’ island exhibit but were able to reuse all of their graphics from the previous year’s exhibit, once again helping control exhibiting costs.

OTHER NBAA EVENTS TO CONSIDER

There are several other events offered by NBAA that you should consider attending.

Whether you are in the business aviation industry or not this event provides inspiration on how to truly build an experience for your customers.   Creating a branded space and complimentary activities that embody your brand image and provide an opportunity to begin or nurture a business relationship by showcasing the products or services you offer.    Let us know if you are planning to attend or end up attending the show and what was your favorite exhibit or activity at the show.

CinemaCon Expecting Its Largest In-person Trade Show Yet In 2021 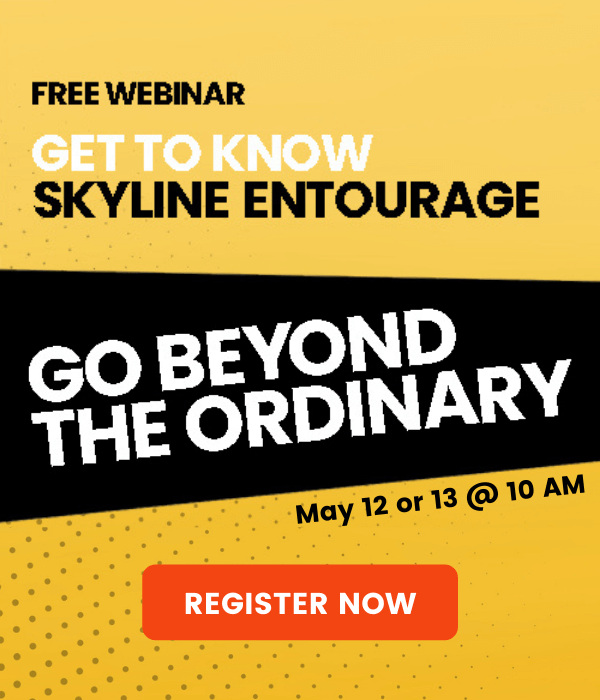 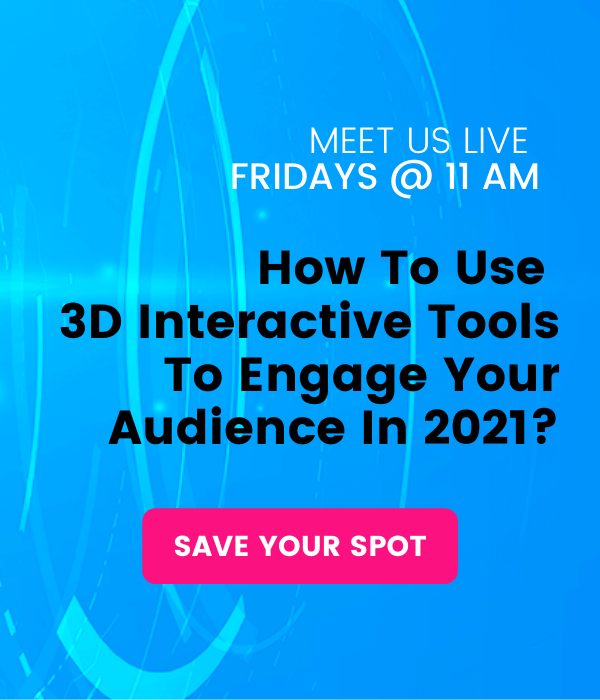